PRAY FOR PERSECUTED CHRISTIANS IN RUSSIA

Please pray for those Christians who received fines and were interrogated throughout Russia this summer, particularly in the southern areas of the country. The usual reason is for small groups gathering in people’s homes. Pray for God’s protection and strength. 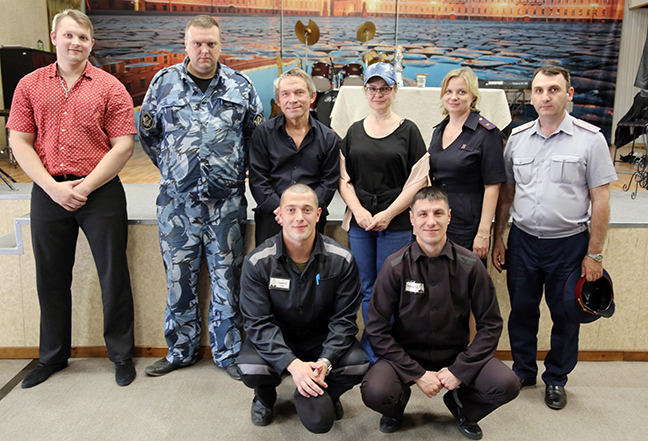 EVANGELIZING FAMILIES OF PRISONERS IN RUSSIA

“I know that only Jesus can truly change the life of someone who spent years in a Russian prison,” says Natalia, and that’s why I am so glad that FEBC allows me to reach these people through radio.”

Natalia Pronina has many years of experience working with prisoners, former prisoners, and their

families. Millions of Russian people like these are often overlooked.

Many of you have responded in support of FEBC-Ukraine’s Kiev Media Evangelism Center project - thank you! We are close to our goal of purchasing a space that will serve as a hub for the media ministry in Ukraine as well as Russia.

Please pray that God would provide the needed resources.

As Ukraine is going through this testing period, FEBC is bringing the Good News to the most difficult areas in Eastern Ukraine, where the killing continues.

We operate several stations that broadcast to the areas that suffered most in the war. People are responding from both sides of the conflict - rebel-controlled, and government-controlled cities and towns. Thousands of lives have been lost to the fighting and lawlessness.

More than a thousand Ukrainian soldiers have taken their own lives during this conflict.

FEBC is serving the suffering people of Ukraine not only through radio, with more than 250,000 actual listeners, but also by visiting soldiers and refugees,

distributing radios and help to those in need, and helping people connect to local churches where possible.

Currently, we are working with hundreds of suffering people one-on-one, and hundreds of thousands are listening throughout Ukraine. Please support them in prayer.